Ex-rapper Craig Mack who gained fame on Puff Daddy’s recording labels in the 90’s shares his testimony at church on how he transitioned to a born-again Christian.

In this video he also raps about his love for the Jesus Christ.

Alvin Toney, who produced Mack’s first album titled ‘Project: Funk Da World’ said he saw his close friend for the last time last week while filming  a documentary. He said that is when Mack told him that he had been ill for some time and that, “he was prepared for whatever comes, to go home to the Lord.”

Please pray for the late, Crag Mack’s friends and family.

Political correctness is dumbing down the society 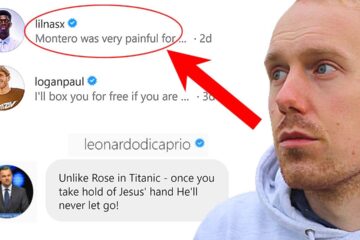 He messaged 100 celebrities about Jesus – Guess how many responded?